No matter how implausible the concept of a 24-hour loop is, the power we possess to become someone great is not.
SUCCESS Staff

Rita: Do you ever have déjà vu?
Phil: Didn’t you just ask me that?

Have you ever seen the 1993 movie Groundhog Day? The film tells the story of self-centered and self-serving weatherman Phil Connors, played by Bill Murray, who is doomed to repeat the same day over and over again on February 2, Groundhog Day.

“Well, what if there is no tomorrow? There wasn’t one today,” Phil says.

Phil tries to take advantage of this glitch in time by doing what he thinks will satisfy him—through manipulation, self-indulgence and pretending to be somebody he isn’t. Eventually, though, the time warp leaves him in complete despair, and it’s only when he decides to work on himself that he not only finds happiness and fulfillment, but also achieves his goals.

Related: Top of Mind: This Is How to Reinvent Yourself

The turning point is when Phil shares his circumstances with his television producer Rita (Andie MacDowell), the lady he’s fallen in love with. He tells her that he has to relive the same day on repeat, and he confesses that no matter what happens today, no matter how pleasant it is, tomorrow she won’t remember their time together—and she’ll again think he is a jerk.

She asks him, “Is it such a curse to be able to replay each day over and over again? Think of all the opportunities and things you could do.”

The light begins to break through and Phil starts the process of self-improvement. He learns to play the piano and sculpt ice; he reads the great literary classics; he learns medical techniques to help a dying man; he becomes a captivating reporter who brings together a whole city—and he gets the girl. But he only wins her while in pursuit of personal development and service to others.

Related: Rohn: Why Personal Development Is Critical to Success

Initially, Bill Murray’s character had 24 hours he thought he just had to get through, and he viewed them as an opportunity for self-gratification. But, newly enlightened, he sees those same 24 hours as an opportunity to become skilled and knowledgeable, to make a difference in the lives of others.

We might not get to relive each day in the literal sense of the word, but every day is a new opportunity to use yesterday’s mistakes and shortcomings—as well as victories—to create a new today.

So no matter how implausible the concept of a 24-hour loop is, the power we possess to become someone great is not. It is not just a fantasy or a feel-good idea—it is one of the most real concepts we have the opportunity to embrace. And it leaves us with two important questions:

1. What are we investing our time in?

2. What will it make of us and how will it affect others?

Choose to make this a powerful and meaningful week! 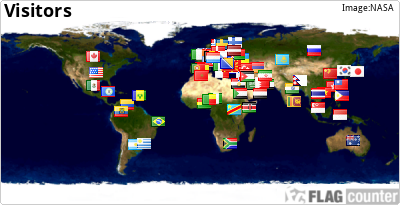